How to Run WipeDrive in Text Mode

If you want to launch the text mode version of WipeDrive, there are a few methods available to you. Rebooting the device will allow you to make a selection at the WipeDrive boot menu which boots the user directly into the WipeDrive Text User Interface (TUI). That boot option is labeled as 'WipeDrive (text mode)' as shown below:

If you are using the WipeDrive GUI and would like to proceed with using WipeDrive in text mode, you can simply type the phrase 'exit' on the keyboard and you will be shown a confirmation dialog asking if you would like to exit. Simply confirm by selecting 'Yes' and you should now find yourself at the Linux command line. 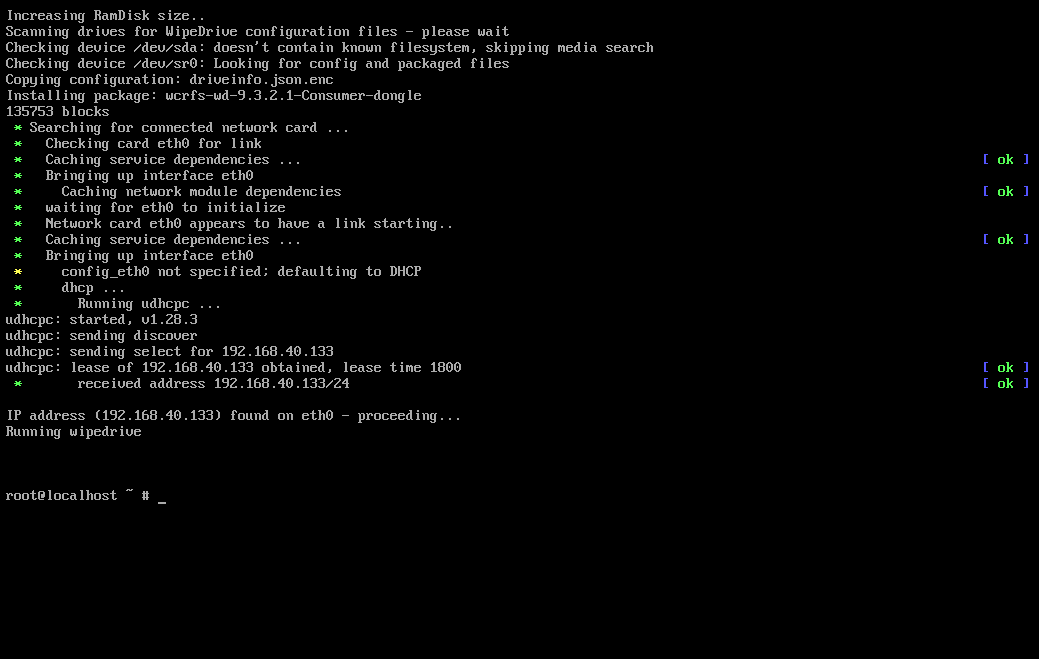 In order to start up the WipeDrive TUI from this point, simply type the command 'wipedrive' and press then 'Enter' key. If you wish to run the TUI with command line arguments, the command you would enter would look something like this: wipedrive --wipe-level=N --log-file-types=x --log-directory=removable

The WipeDrive TUI will now start up. If it hasn't yet been activated, you will be given a prompt similar to this:

Once a valid cloud code has been entered and the software is now activated, you will be presented with the main menu of the WipeDrive TUI. 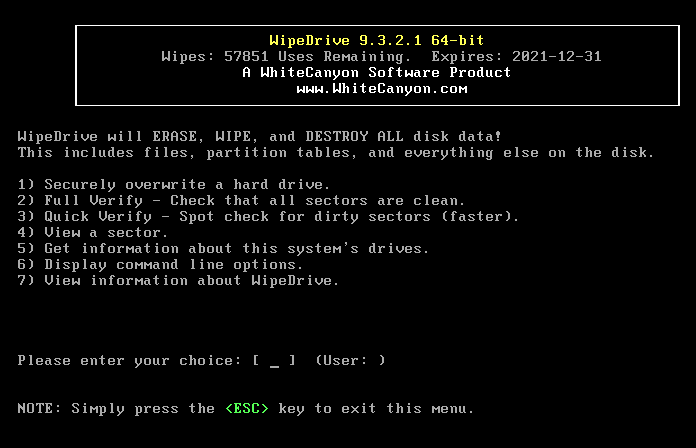 At this menu you are presented with some basic options. You can perform overwrites, verification, view drives using the sector viewer, as well as review basic drive and system information. Simply follow the prompts as they are given by selecting the number on the left-hand side of the option you wish to select. This will take you from screen to screen and when the certain operation you chose has been completed, you will find yourself back at this main menu.