WipeDrive now supports connecting to the internet via WiFi as of version 9. There are a few requirements however, WiFi is only supported by the kernel versions 4.14.65 and later of GenToo Linux.  It doesn't matter if you have the appropriate version of WipeDrive, because this feature is tied to the Linux kernel, so 4.12.12 (or older) kernels will not support WiFi.

To enable WiFi so that it connects automatically boots on startup, you need to add these settings to the 'network.cfg' file and place it onto the root of the WipeDrive ISO. Adjustments to wireless settings can also be performed within the wireless tab found in the settings of the GUI.

It is also important to note that when in the GUI, the wireless options tab will not appear if the machine running WipeDrive does not have a wireless adapter, or the adapter isn't currently supported by Linux. 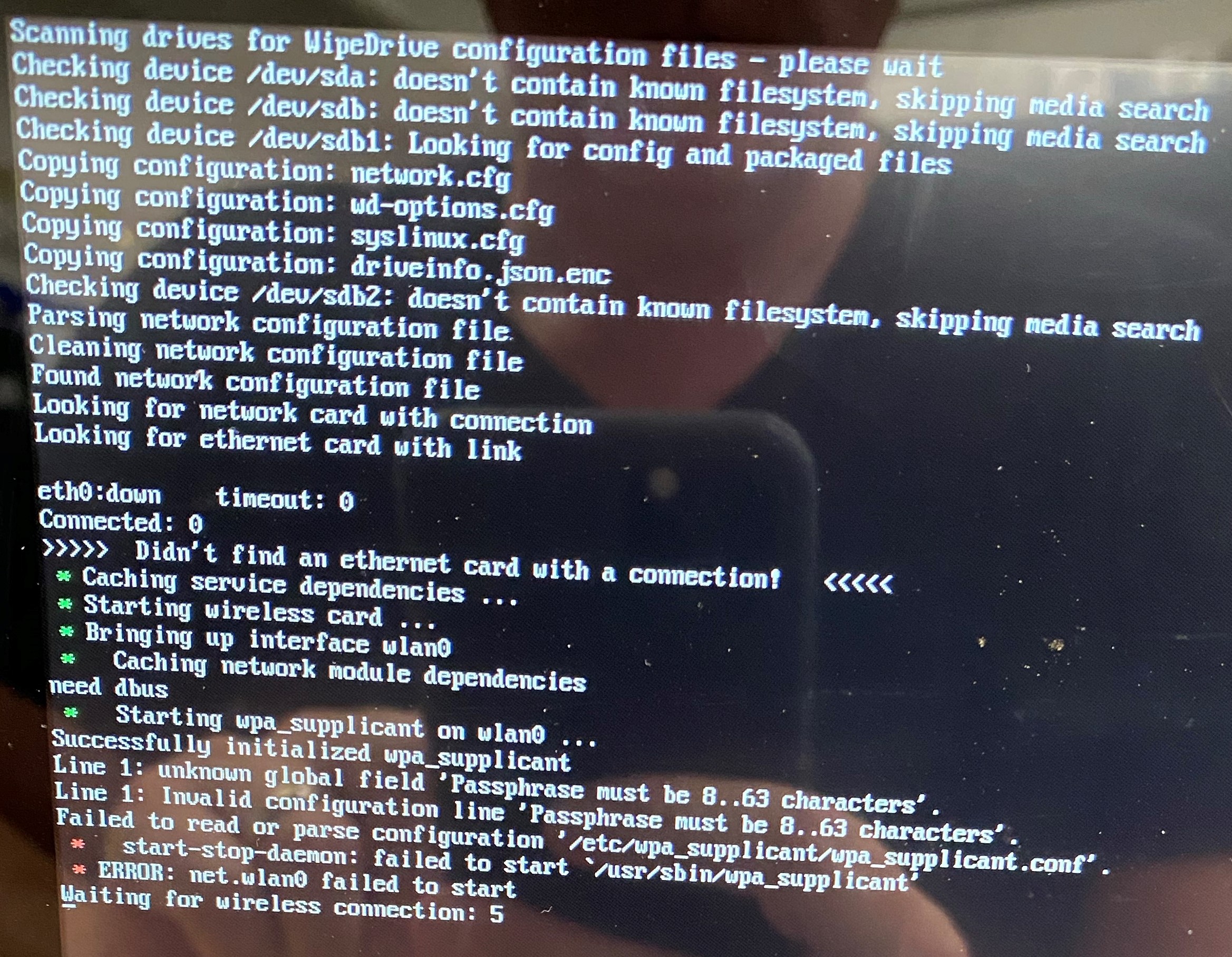 If you are seeing the above error, be sure to double check the WiFi settings match the following:

1. There are no spaces in the SSID.

2. If modifying the network.cfg file, keep the quotation marks in that are shown in the sample-network.cfg.

3. Specificy the Netmask and Gateway for DHCP IP. If the DNS Server is Dynamic, you may leave this out.